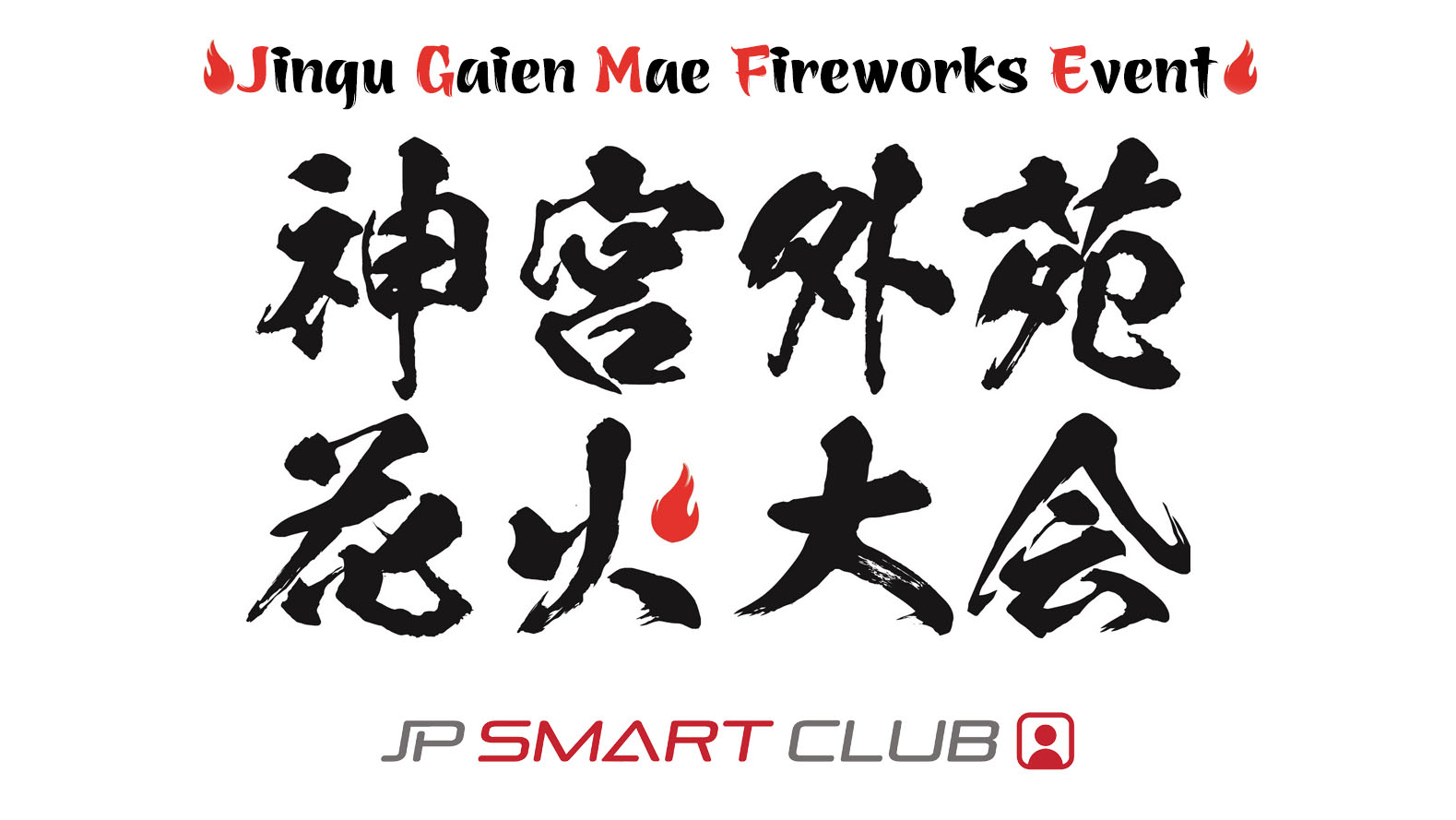 Summer is the season of festivals in Japan and one staple of Japanese summer festivities is fireworks. Every year, a number of fireworks event are organized throughout  Japan and many of them take place in Tokyo.

Among that, Meiji Jingu Gaien Mae Fireworks show is probably one of the most famous and urban as it takes place in the heart of Tokyo – Jingu Stadium, Shinjuku.

Given its popularity and feedback from our customers, we decided to host an event for 3 JP Smart Club members to join the Meiji Jingu Fireworks show last August. 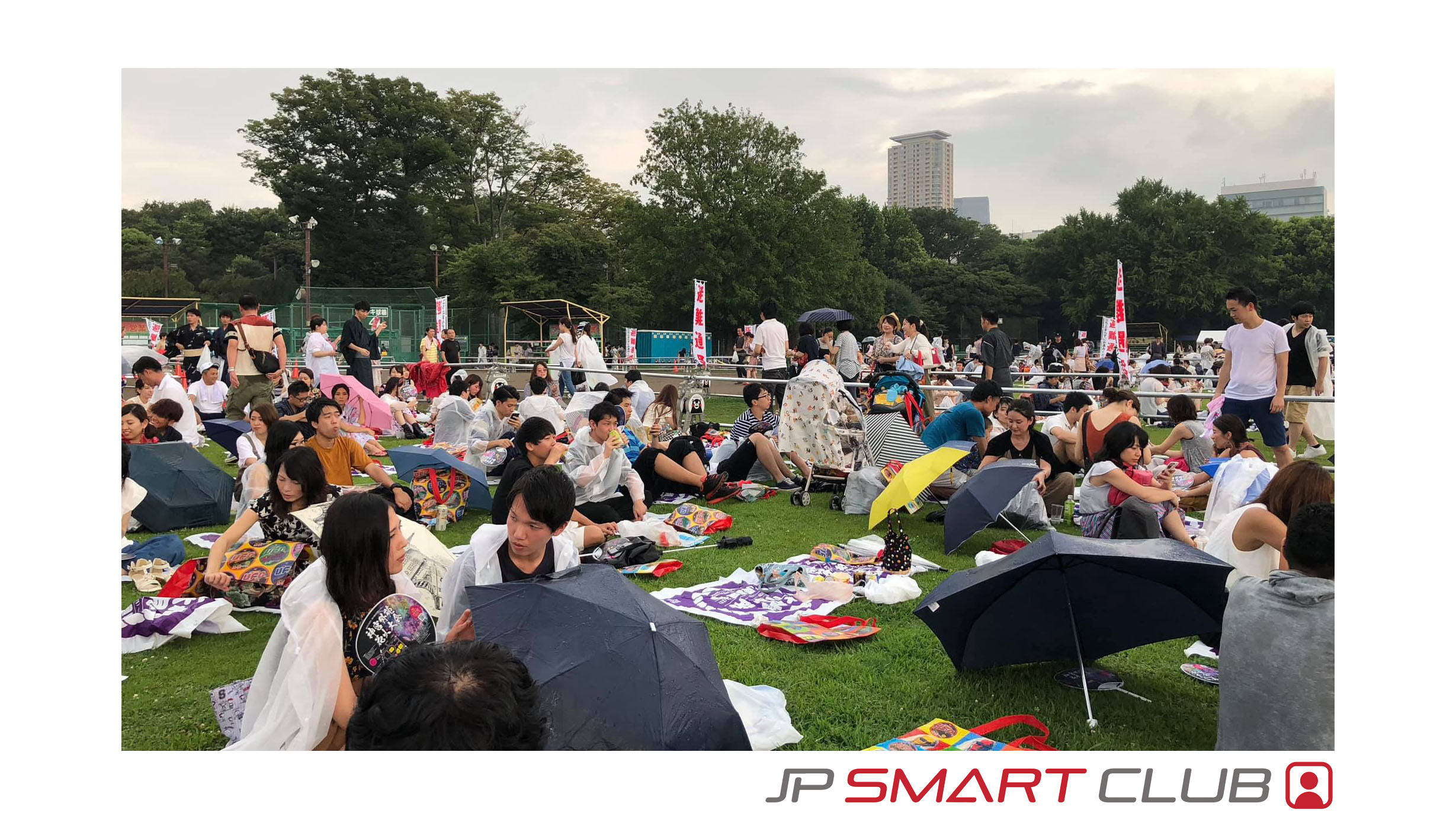 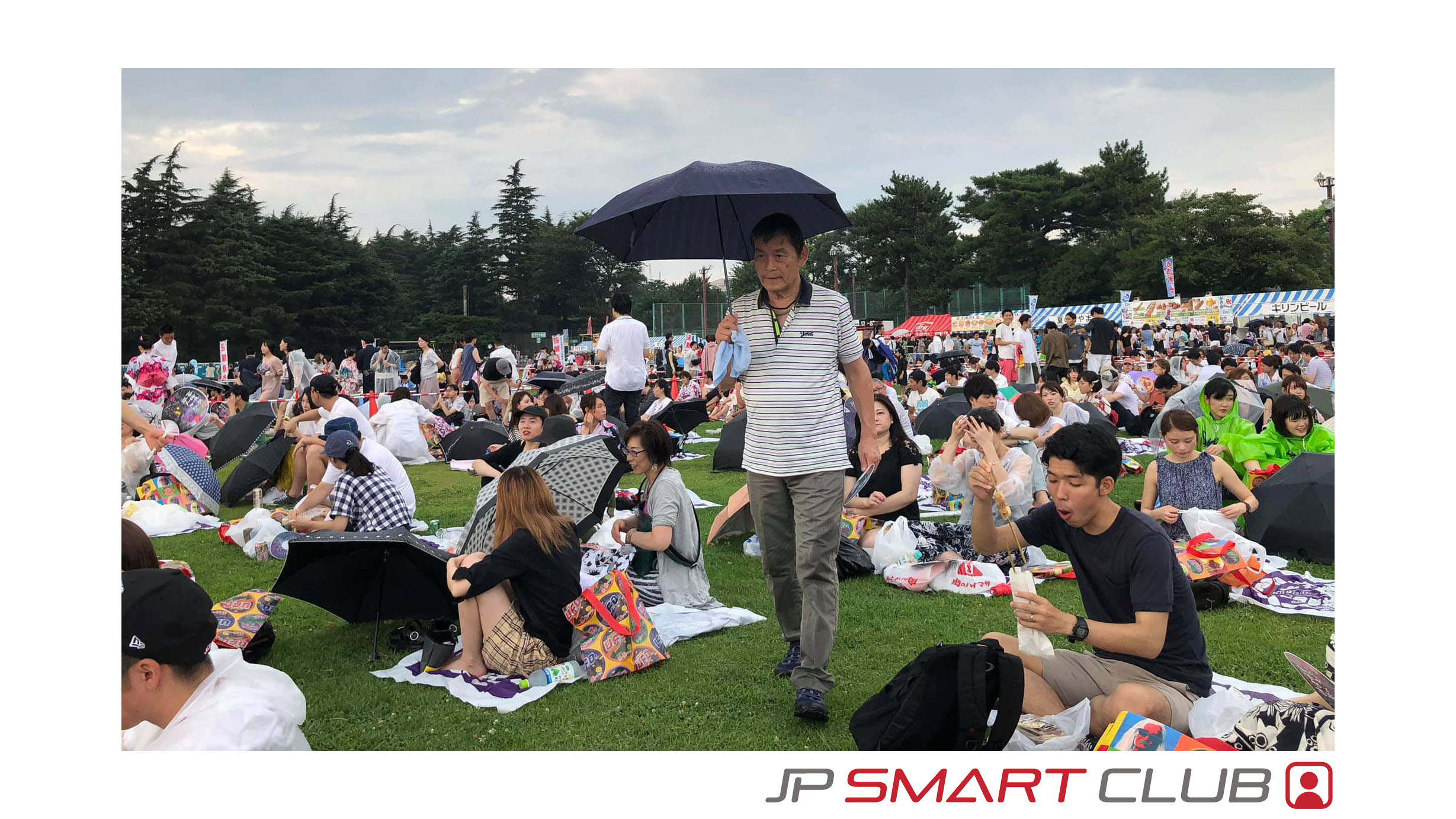 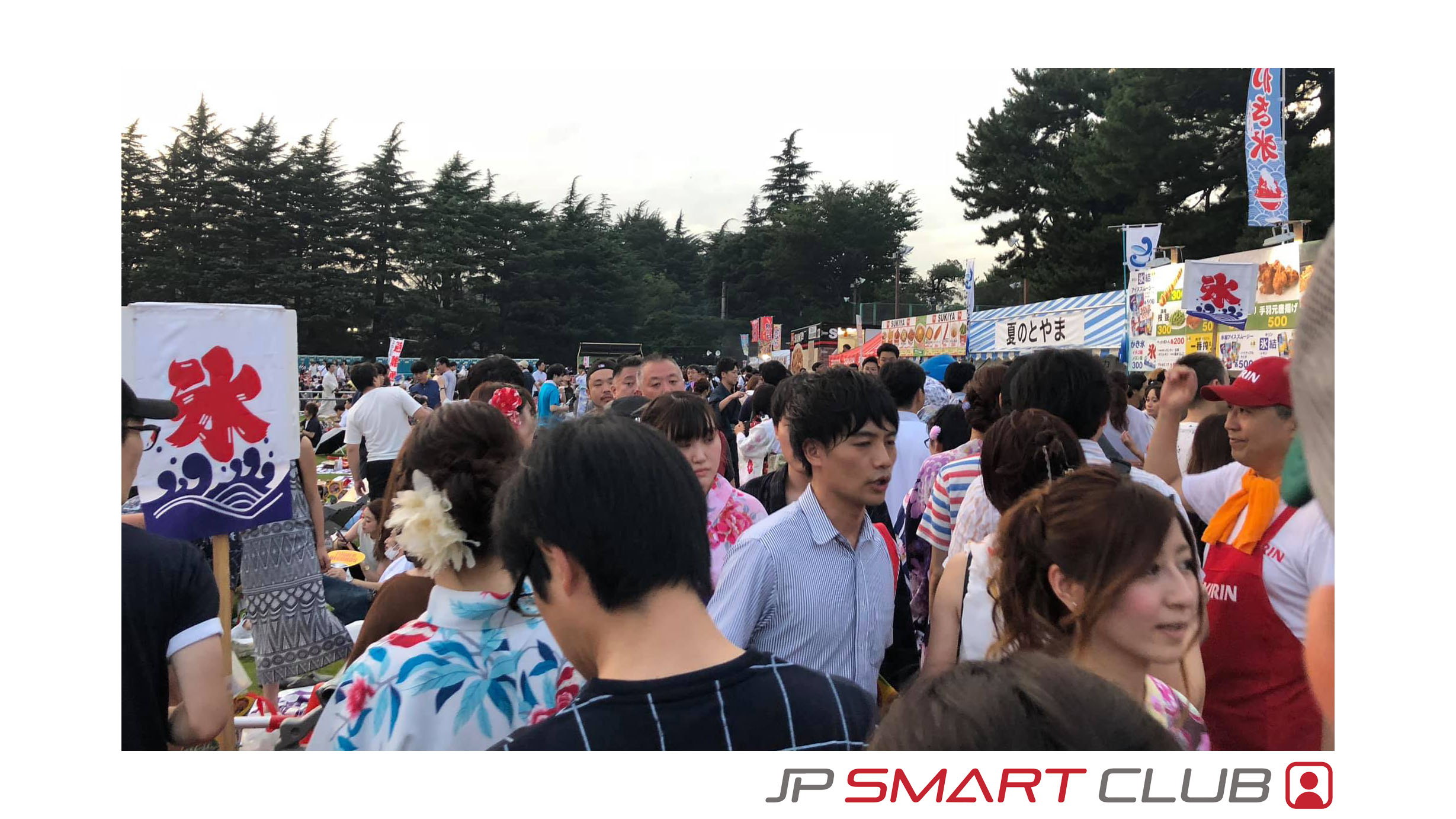 The 3 members who joined us for the event were Sergey from Russia, and Phong and Dung from Vietnam. On the day, it was a little bit rainy at first but that didn’t quite a bit make us any less excited.

Sergey told me that he had been looking forward to this fireworks show for months since he first came to Japan. Fortunately, he was chosen by JP Mobile to join the event and go there with other members as a group.

We got to the stadium at around 5 pm. Before the fireworks, there was a live show featuring many Japanese artists. It was fun listening to them during the wait for the fireworks which would take place at 7 pm. 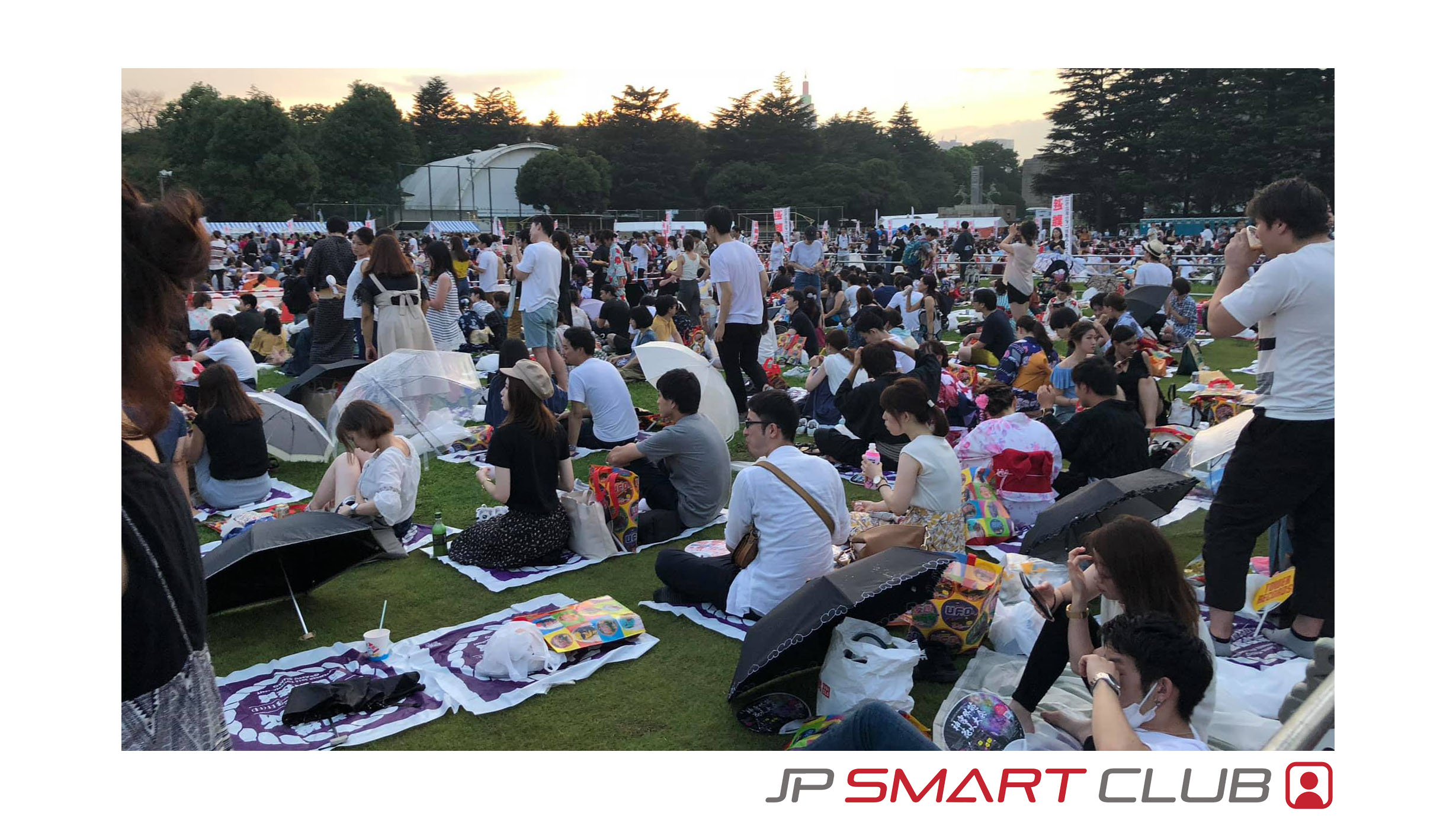 Despite the sporadic rain, so many people attended the event. The field got so packed well before the show started. Luckily, we were able to secure a place for all of us to sit and watch the show comfortably. With some snacks and drinks accompanied, we did not feel a bit tired of waiting. 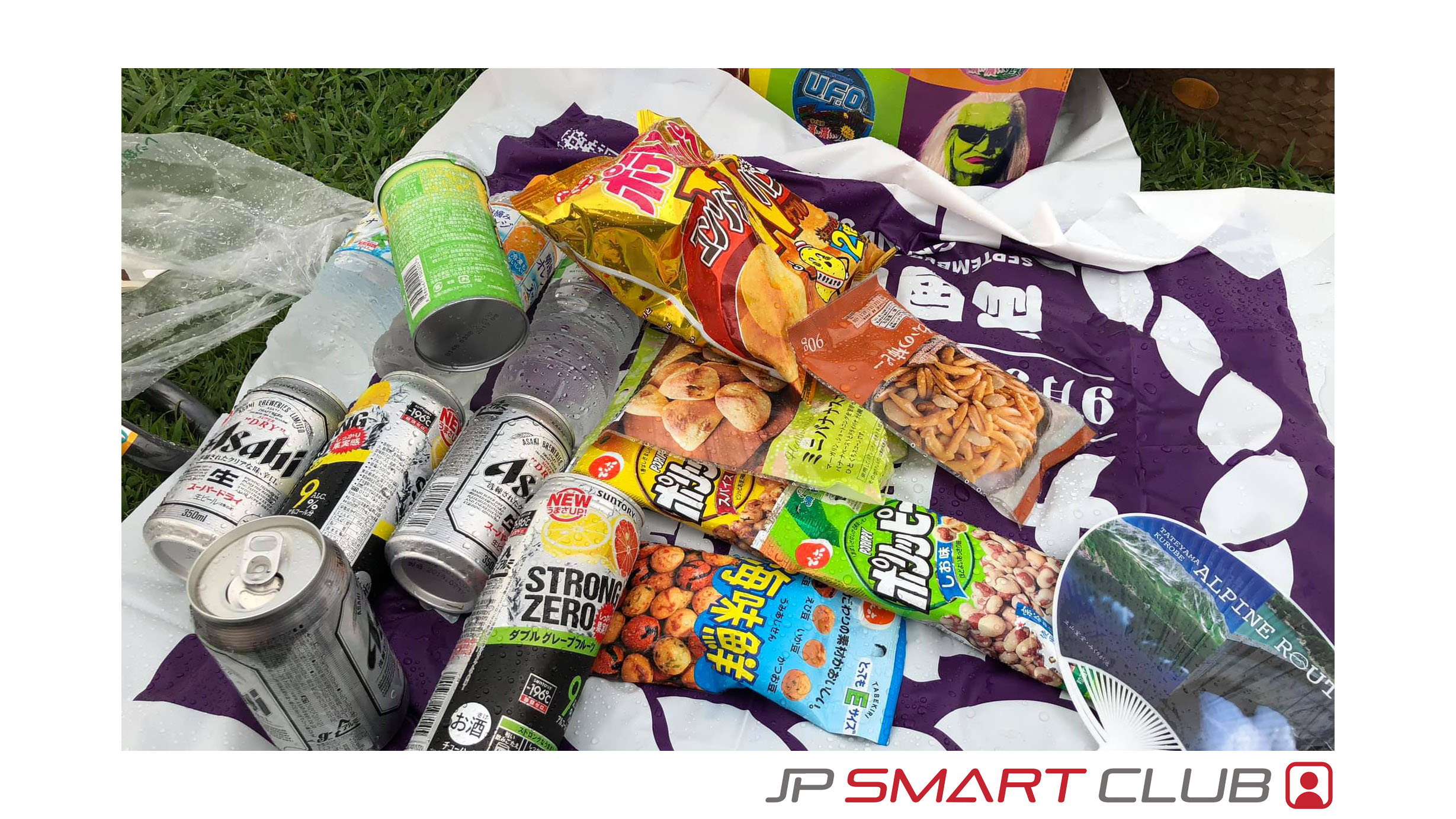 Actually, the time before the show was very fascinating when we were able to have so many conversations about our lives back home and now in Japan. Things are so different between countries and Japan provided a totally new experience to all of us. Japan is indeed a country in the far east that carries such a disctinct culture ranging from its cuisine, social etiquette to work ethics.

We all agreed that living in Japan really opened our minds about how a society could operate so peacefully despite many potential threats such that coming from earthquakes.

Finally, after the wait, the fireworks started in the amazement of us all – the spectators. Watching fireworks after the rain gave us a very strange sensation. It was like after all the moments of chillness, now the warm set in under the spectacular colors radiating out from many continuous fireworks launches! 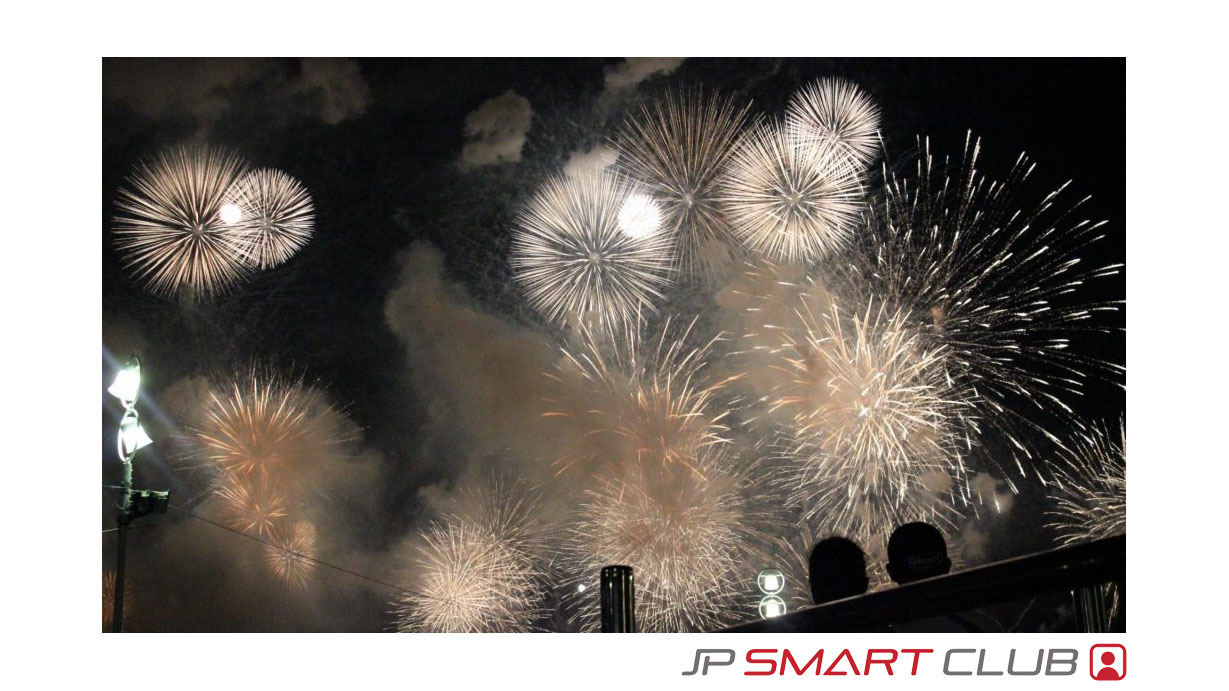 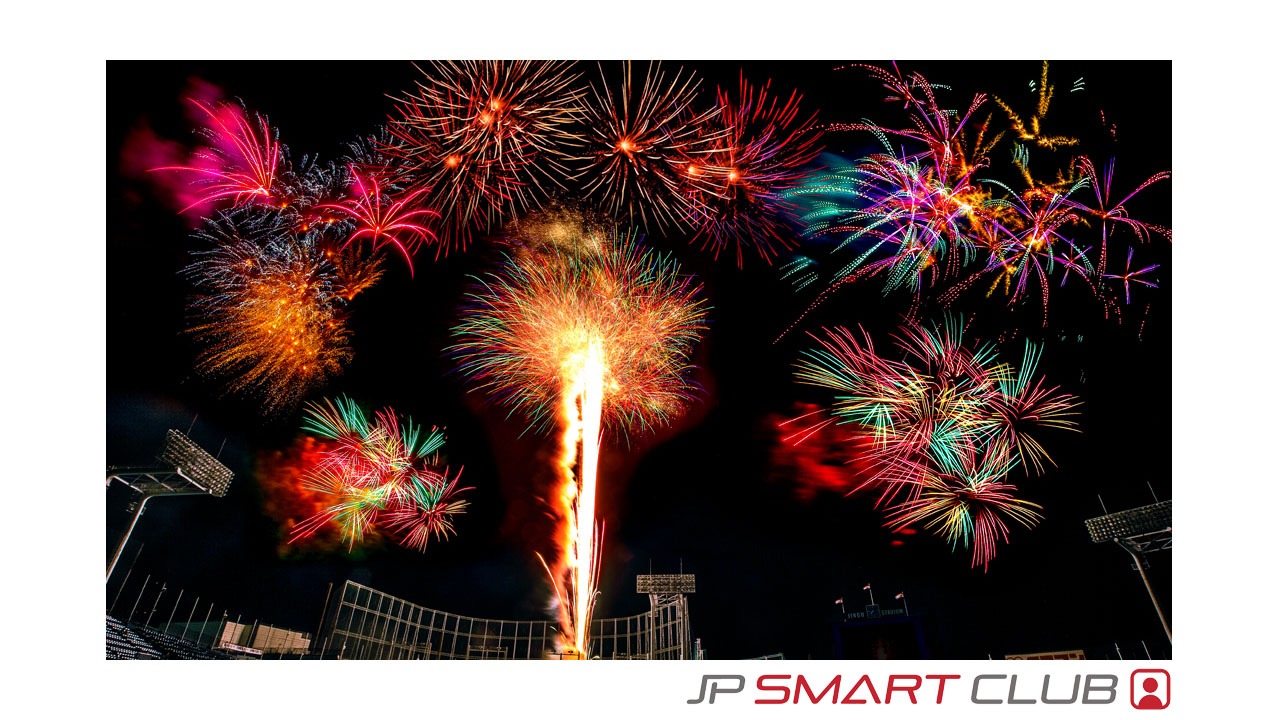 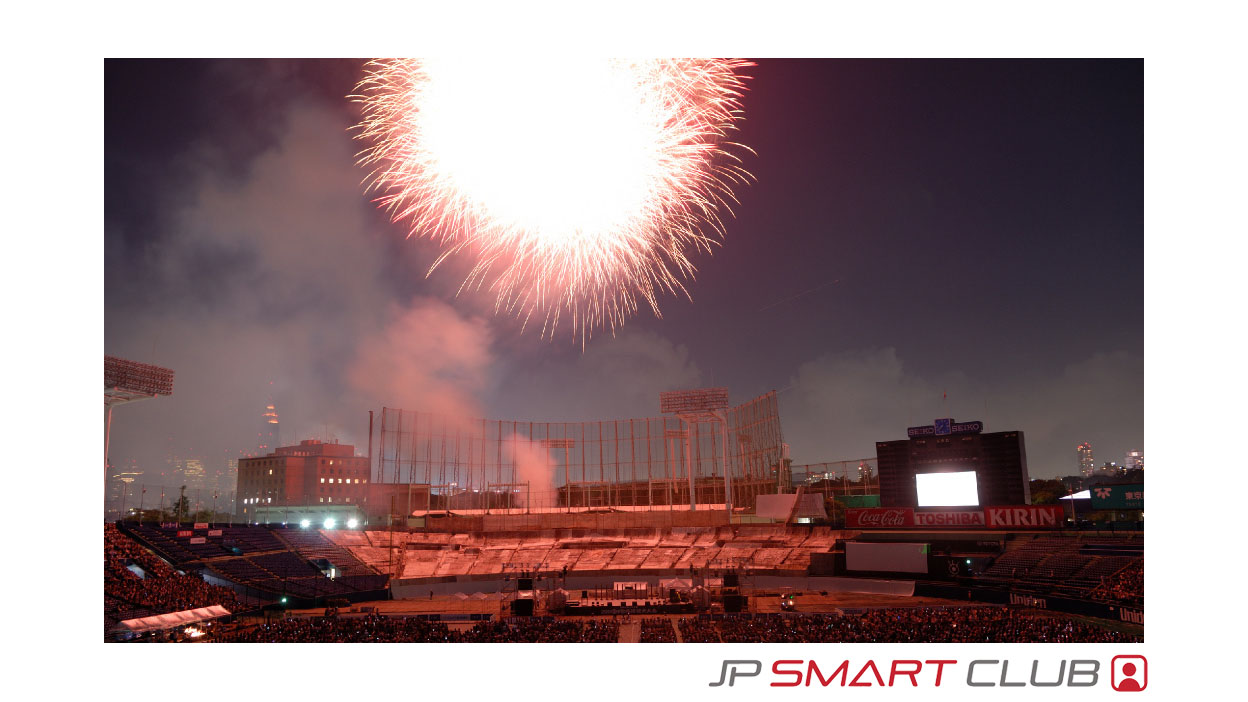 The fireworks were beautiful and we did have a great time! We parted in satisfaction and everyone enjoyed greatly the moment we spent together.

Thank you all a lot and hope to see you guys soon in future events! 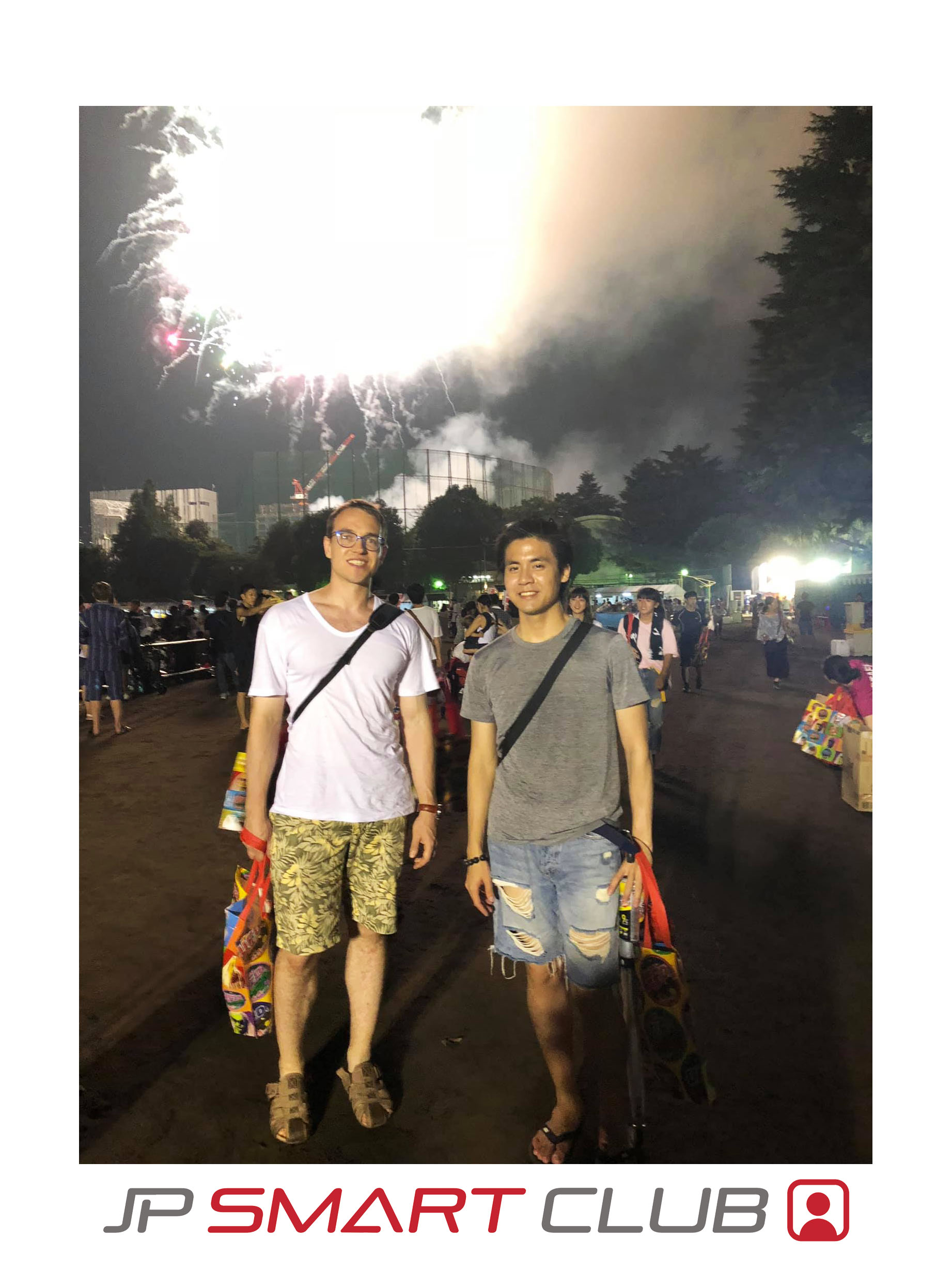